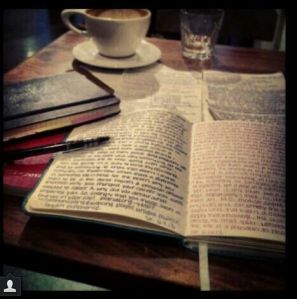 When I first read the above, I had to sit with it for a minute and process it. I loved the way it was written and the knowledge behind it is worth really considering.

I found this in an article about voice, but it is equally important when thinking about which POV to choose for a book and to make sure that you have not head hopped during one scene.

POV, point of view, is one of the most important decisions an author will make about a novel. First person, third person limited, and third person omniscient are the most frequently used POV’s. There are costs and benefits to each one of them.

First person, allows the reader to get to know your character and bond with them. It can make the story come to life in a real way. First person POV typically, has one POV character and would be confusing if you changed characters. First person, can be difficult to write because you know what is going on in everyone else’s head and sometimes it slips in. You have to catch those slips in editing and find a way to give the same information from the first person perspective.

Third person omniscient allows you to write from every character’s POV. The reader can see inside anyone’s head. It gives you the option of having as many POV characters as you would like. You write from a god like perspective. You can tell the reader what is going on in anyone’s head at any time. This can be confusing to readers unless each character has a distinct voice. True Omniscient POV is not used very often.

As hard as we try as writers, some lines or whole paragraphs slip into our scenes that are from the wrong POV. That’s why I love the quote above. It reminds us that every aspect of the story must be told from the one POV.

Doing so increases the bond between character and reader and reduces the possibility of confusion.